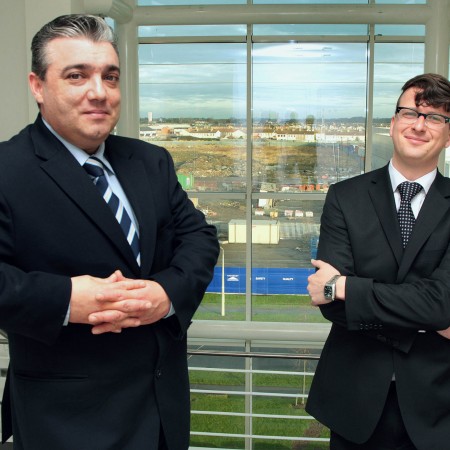 MJ Flood Technology, a leading provider of network infrastructure solutions, today announced the completion of a €150,000 IT project with CWS National Linen, Ireland’s leading linen rental, workwear and hygiene service provider. Under the terms of the deal, MJ Flood Technology has centralised the delivery of all IT services across 8 locations and cut the number of application servers by more than half, thus reducing the company’s carbon footprint. The solution has also cut IT helpdesk calls by 65%, boosted employee productivity and freed up valuable IT resources for more pro-active project work.

“The flat linen and hygiene services business is a highly competitive one where operating margins are very tight,” explains Jeroen De Rycke, IT manager, CWS National Linen. “This current project is very much a case of less is more – less PCs, less servers, less applications but more responsive systems, higher network availability and greater employee productivity all round. We view IT as a business enabler that makes a very positive contribution towards our overall business performance.”

Following several acquisitions by parent company, HTS International and a premises move to new headquarters in Parkwest, Dublin, CWS National Linen decided to create a single point of IT administration for the company’s 150 network users and 8 locations. “This involved designing a new network architecture for the group,” explains James Finglas, managing director, MJ Flood Technology. “By consolidating the number of application servers, reconfiguring client profiles for greater security and centralising application delivery, CWS National Linen now have an IT infrastructure which is easier to manage and delivers the scale and responsiveness which their business requires.”

Technical staff at MJ Flood Technology reduced the number of application servers from 15 to 7 by moving them onto a Dell Storage Area Network (SAN), served by 2 fibre connections for full resilience and auto-failover. By using VMWare virtualisation software, the company’s operating systems and applications can run independently in virtual machines while sharing physical resources. “Consolidating the number of servers aligns itself very well with our own environmental initiatives to promote greater energy efficiency throughout our entire operations,” comments Jeroen De Rycke. “We are very committed to adopting new technologies and business processes which aid in reducing our carbon footprint,” he adds.

Promoting Easier IT Administration and Security

Mission-critical business applications are delivered to users at headquarters and branch offices via Citrix thin-client. Each user is presented with a standardised desktop, centrally controlled by a Citrix server farm. “IT staff at CWS National Linen can consistently determine the applications and resources, which users can access,” explains Pat O’Neill, account manager, MJ Flood Technology. “Centralised desktop management allows them to perform upgrades at headquarters without having to re-configure individual clients, many of whom are located offsite. This greatly reduces the volume of IT helpdesk calls and achieves significant cost and productivity efficiencies for the company,” he adds.

“We chose MJ Flood Technology as we were impressed by their technical competency in VMware and Citrix skills,” comments Jeroen De Rycke. “We have a good working relationship with their staff and they have consistently helped us to closely align our IT infrastructure with the challenges of a demanding operating environment.”

Unified Communications – The age of the 9-5 desktop worke... 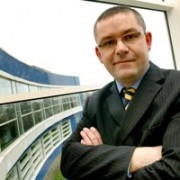 Survey reveals that 43% of companies have no disaster rec... 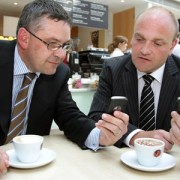