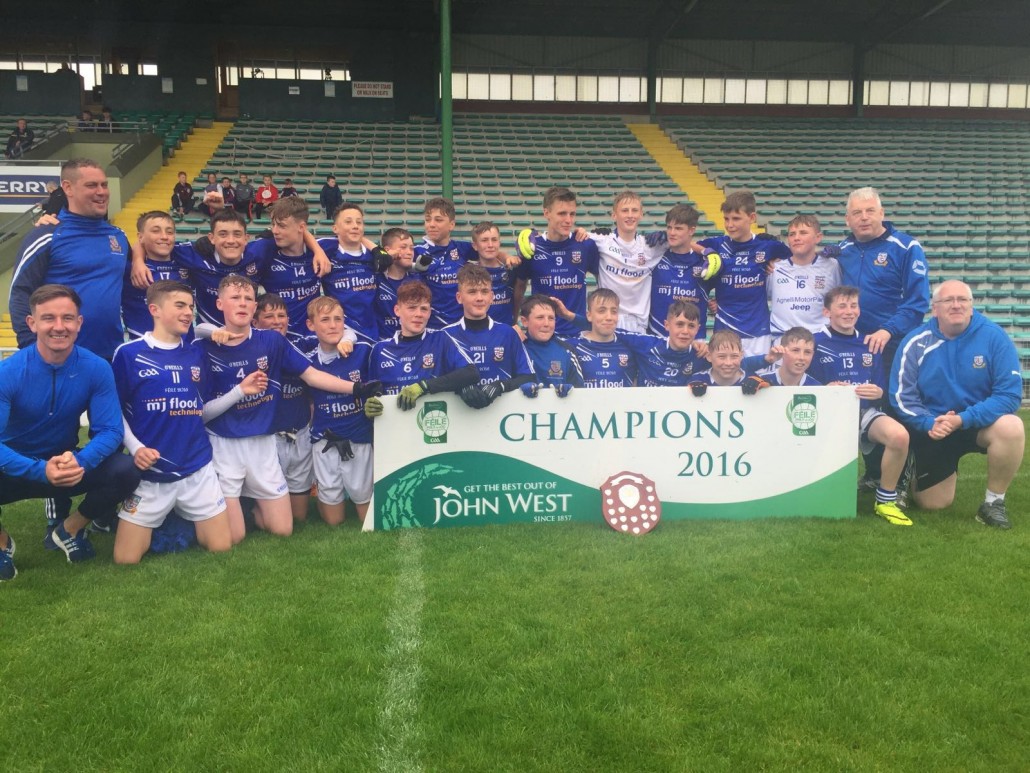 GAA Club Celbridge stormed their way to an emphatic win over Kerry Legion in a fast-paced game in the GAA Feile Division 1 football championships at the weekend.

Proudly wearing their football kit, sponsored by MJ Flood Technology, the under 14s clocked up an impressive win over their southern rivals with a score of 4-5 to 1-3 at Austin Stack Park, the home of Kerry Football.

This followed a gruelling weekend of six matches in total with final victory on the national stage for the Kildare club, the first in its history. The win has already been widely covered by the media and highlights of the game will be broadcast on the Irish TV channel.

Check out one of the goals scored by Celbridge, which the seniors would be proud of.